Leo started painting in the early 1980s at a young age. Every day after school had finished he could be found in the spray booth. Upon finishing school he officially started working as the manager of the paint facility. After approximately 12 years of working as a painter he worked as a technical commercial advisor for several paint manufacturers.

In 2009 he met the late Joop Ellenbroek and started working for him as a coating consultant. In May 2015 Leo started Coating Consultancy van Klaveren and has worked as an independent coating consultant on more than 100 projects worldwide. 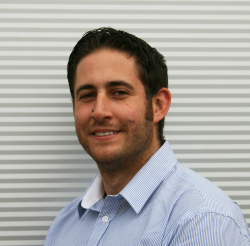 Gareth originally trained as a Naval Architect and then subsequently worked as a boat builder and painter for several years before joining AkzoNobel in 2008. Gareth was initially part of a global technical service team working on failure analysis, investigations, coating specifications and new product development for the Awlgrip and International brands.

Gareth now continues to work as part of R&D on developing new, innovative products and processes while also developing the technical service team at AkzoNobel, specialising in delivering technical training to both internal and external candidates.